The series of paintings, Other Things Happen in December Besides Christmas, examine events that occurred in the Athenian neighborhood Exarchia in two Decembers, 1944 and 2008. Archival images from 1944 and stills from a single video uploaded to the Internet from the night of December 6th 2008, are the source images for the works. The drawings from this series - made on the pages of a school atlas of Greece from the 80’s - draw their imagery from another turbulent month, July 1965, combining images of political crisis and civil unrest in Greece, with fragments of info-graphics of statistics made in the immediate post-war period, describing the losses of infrastructure and goods during the Axis occupation of Greece during World War 2. These works question the mechanizing of statistics as propaganda tools, and examine the legibility or illegibility of events such as these after the fact, and the absurdity of using cold and supposedly impartial statistics to describe the experience of loss. The works seek to undermine the historical document as an incontrovertible account of ‘fact’, by juxtaposing these documents with imagery that does not enter public discourse as ‘history’ and to ask the question: what grows in an atmosphere of ruin? 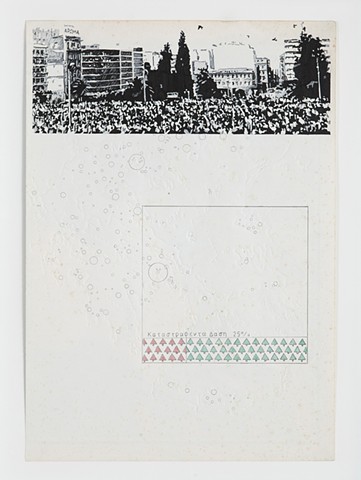 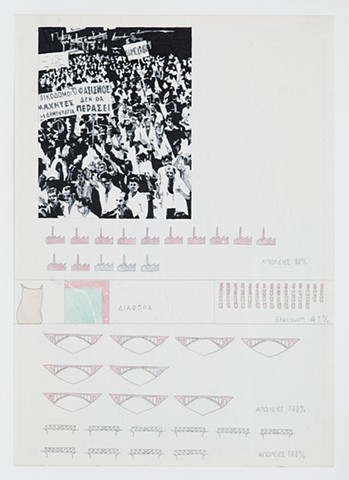 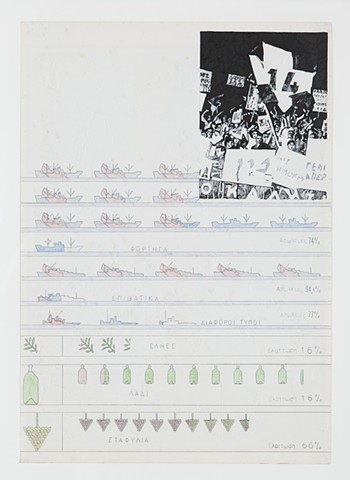 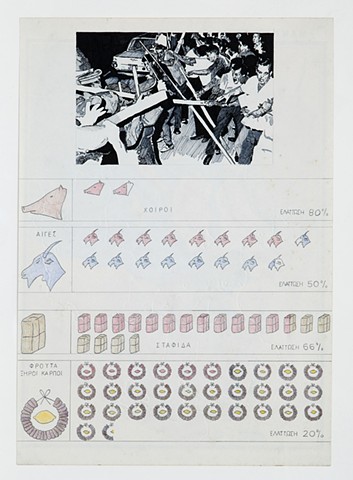 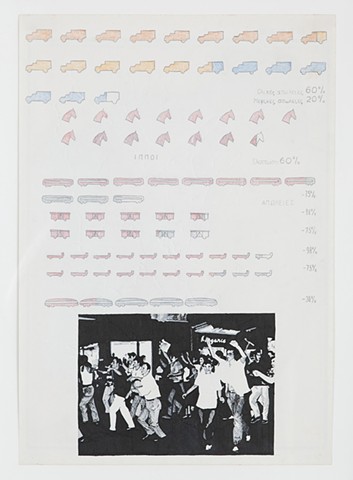 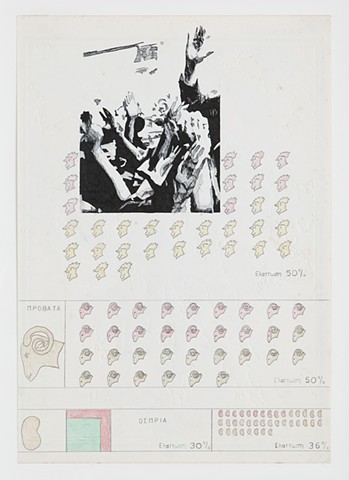 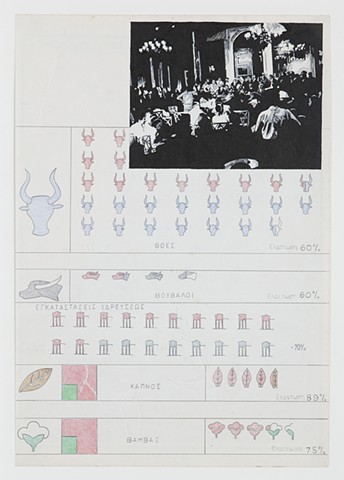 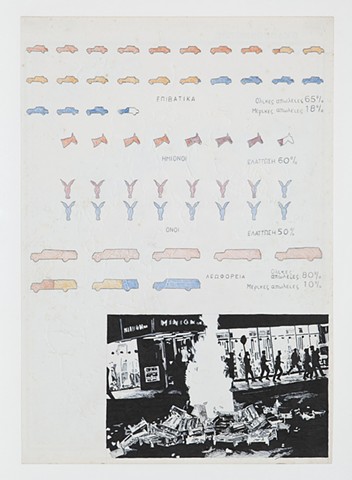